Liposuction is the Perfect Way to Shape the Body, Not Being a Size Zero. Fat accumulates in different parts of our body due to genetic reasons and the effect of hormones. an unattractive appearance can result occurs with the accumulation and storage of fat. Liposuction gives the most effective and definitive result to this problem. 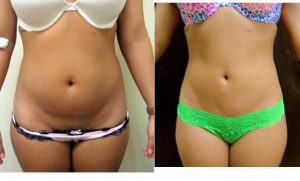 In some cases, liposuction alone is sufficient, in some cases, it be applied simultaneously with a  facelift, tummy tuck and breast reduction. This can be decided together with the doctor in the pre-operative consultation. 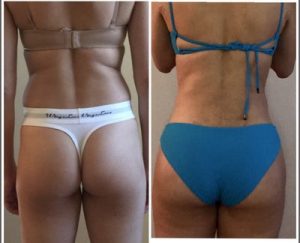 Liposuction is a cosmetic procedure for the treatment of permanent fat that cannot be eliminated with a diet and exercise. This treatment can be applied to remove fat from certain parts of the body such as the abdomen, waist, thighs, hips, arms, hips and neck.

The excess in these areas is removed with liposuction and regional shaping is provided. Liposuction is not a procedure applied to lose weight. If you are overweight, bariatric procedures such as gastric bypass surgery (tube stomach surgery) for obesity treatment can be more beneficial for you than liposuction.

If you have too much body fat at certain points, you can be a good candidate for liposuction if you cannot get rid of regional excess despite losing weight.

How is Liposuction done?

First the areas to be liposuctioned are determined.

Afterwards, a liquid that dissolves the fat is administered to the area to be eliminated with the help of cannulas. Cannulas are hollow and thin tubes. The dissolved fat is removed with the help of vacuuming. If general anesthesia is to be used in the procedure in a hospital or clinic environment, it is applied under the supervision of an anesthesiologist.

The surgery is performed by applying vacuum and takes between 1-3 hours depending on the condition of the regions. Cannula entry holes are usually not sutured or 1 suture is placed. Sometimes, special thin pipes (drains) are placed into patients with intensive fat intake, this reduces the formation of edema by allowing the fluid accumulating inside to be discharged.

Depending on the scope of the surgery, you can be discharged on the same day or it is possible to leave the hospital after 24 hours of observation. Post-surgery is usually comfortable.

The discomfort is minimal and can be relieved with medication. At the end of the operation, a special corset is put on as soon as the procedure is over to apply pressure to the area where the fat was taken. After the operation, the patient is dressed. 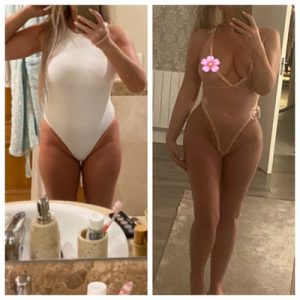 The patient continues to wear the corset for 5-6 weeks. There may be purplish color changes in the vacuumed areas. There may be swelling, tingling and a burning sensation. These disappear on their own within 3 weeks. Surgical scars also become indistinct within 2-3 months.

You should not eat or drink anything 6 hours before the operation time, and it is important that the stomach is empty so that you do not feel nauseous and vomit during and after anesthesia. On the morning of the operation, your pre-operative blood tests will be taken and if all the results are normal, you can be taken into surgery. Who Is Liposuction Suitable For?

Liposuction is a suitable treatment method for patients who want to reshape their bodies, who cannot get rid of localized excesses despite losing weight. 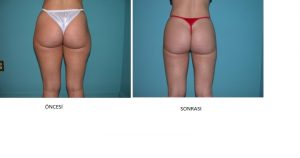 What Liposuction Methods are available?

VASER liposuction is a type of liposuction that breaks down fat cells with ultrasound energy and loosens them from deeper tissues, allowing fat to be removed more effectively during treatmen

VASER is the short name given to vibrations created by sound energy. This ultrasound technology uses powerful ultrasound energy waves to break the bonds between fat cells

In this process, which is performed with the support of a laser, first the fat tissue is dissolved and transformed into a liquid form. Subsequently the liquefied fat is removed from the body by performing classical liposuction with thin metal pipes. This tightens the body. This process takes 1-2 hours on average.

The advantage of laser liposuction is that there is no bleeding. These fat cells are liquefied by blasting them with the heat generated by the laser energy. In addition, since it only affects fat cells, it does not harm vessels and nerves.

J-Plasma is a technology with remarkable results that is used to tighten slack skin after liposuction in the body. . While cold helium plasma is applied to the skin from the lower layers of the skin, water vapor molecules evaporate at the same time, preventing the formation of tissue trauma. Healing Process After Liposcution

As is the case after every surgery, it is normal to see edema, swelling and slight bruising after liposuction. These problems remedy themselves over time. I definitely recommend that all patients wear a tight corset after the operation.

Although these corsets vary according to the amount of extracted adipose tissue and the type of liposuction applied, I recommend using a corset for an average of 6 weeks. The manifestation of edema and bruises is the expected situation during the healing process.

Paying attention to the use of a corset will both shorten the healing process and support the rapid dispersion of edema in this process. We use self-dissolving sutures after the procedure, so there is no need for a procedure such as suture removal.

The stitches will dissolve on their own within 2 weeks. After about 1 week, you can return to your desk job. You can do sports and start serious exercises 1 month after the application.

Where is Liposuction Preferred the Most?

I had liposuction surgery, if I gain weight, will I be back to my old self? is the most frequently asked question. Of course, it does not mean that you will never gain weight after liposuction.

What Should I Do After Liposuction Surgery?

After the liposuction surgery is over, you can return to your social life immediately. On average, you can swim in the pool or sea one month after the procedure. Visible changes occur after the surgery.

Should I Stay in the Hospital: We can perform liposuction with local or general anesthesia. If the number of areas to be treated is more than one, I usually recommend staying in the hospital for 1 night. If a single localized abdominal liposuction or only hip liposuction has been performed under general anesthesia, I send my patients home after a 4-hour rest period.

Applications that Accelerate Healing: 7 days after the operation, lymph drainage massage helps edema to be dispersed and makes patients feel better. We recommend the use of edema and bruising-reducing drugs such as Enfla-C, starting early movement and not resting for a long time to accelerate the recovery period.

Is there a lot of pain?

Post-operative pain can last for the first few days. During this period, I recommend patients to use non-steroidal drugs such as paracetamol and ibuprofen.

Return to Daily Life: Generally, patients can return to their desk jobs within 3-5 days. You can take off your corset and take a shower 2 days after the procedure. I recommend the use of a corset directly after the shower without reapplying the wound dressing to the area where the stitches are located.

Sports Activities: You can start walking 1 week after the procedure. Brisk walking is allowed after the 3rd week. From the 6th week, heavy sports activities are free.

When Can I See Results: Swelling and stiffness during the first 2 months after surgery is extremely normal. Up to the 6th month, the hardness in the area where liposuction has been performed will soften and your skin will start to tighten.

On which areas can the liposuction technique be applied?

To get rid of stubborn fat deposits that do not go away even though you lose weight.

For the excess in the jowl and neck area

On the inside of the arms

For slimming hips, thighs, calves, above the knees and the ankles

It can be applied to the breast area for the treatment of gynecomastia in men.

What are the Risks of Liposuction Surgery? Are There Any Side Effects?

Liposuction is one of the low-risk aesthetic operations. However, this does not mean that there is no risk of side effects at all.

It is possible that there will be bruising, redness and small leaks from the liposuction entrance holes in the days after the procedure, so don’t worry.

Mild to moderate muscle pain is likely in the first few days in the area where liposuction has been applied.

A 4-5 mm area of redness at the procedure entry sites can be observed after healing from liposuction. These rashes will start to fade and become vague from the 2nd month.

Slackness in the skin at the end of the healing process

Skin infections are rare, but we recommend the use of antibiotics for each of our patients to reduce the risk of infection after liposuction.

Can Liposuction Be Done for Weight Loss?

The fat removal process is not harmful as long as excess fat extraction is avoided. However, after this process, a healthy diet and sports should be started.

If you want to continue with an unhealthy diet and get rid of regional fat and if you apply for liposuction to lose weight in a short time, you should not lose sight of the possibility of disappointment after the procedure

How Many Liters Can Be extracted at a time? Can Liposuction Be repeated?

It is possible to extract 5-7 liters of fat at once without disrupting the patient’s balance and body functions. It should be kept in mind that if more than 7 liters of fat is removed, the body balance can deteriorate and intensive care may be required. It is possible to perform the procedure again 6 months after the liposuction treatment.

No Thoughts on Liposuction